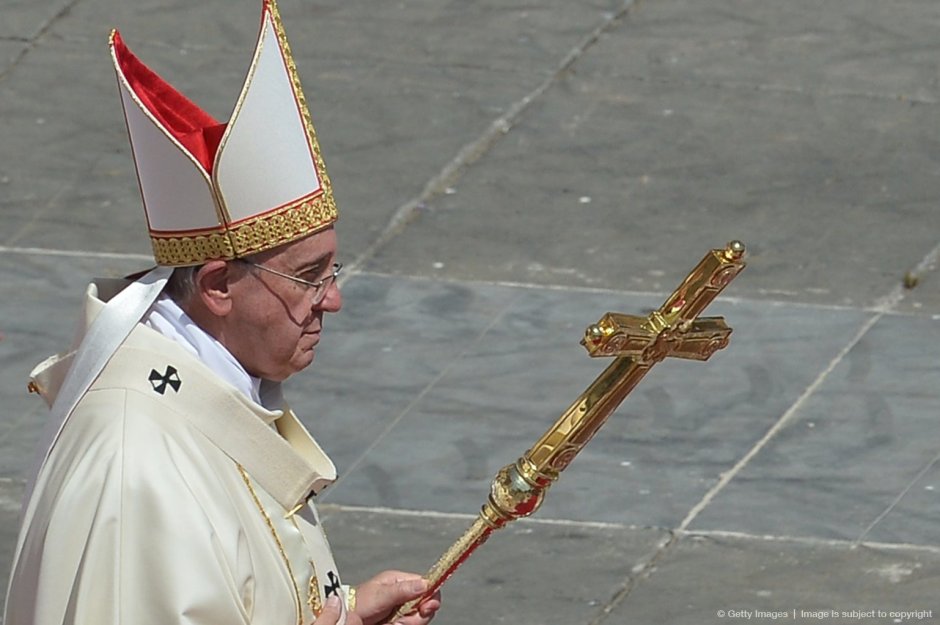 Andrea Tornielli and Giacomo Galeazzi are two well-known vaticanisti, as journalists covering the Vatican are called here in Rome. They are “Vatican Insiders,” meaning they are experienced in cultivating anonymous sources (sometimes about thevoting of an ongoing papal conclave, a practice expressly forbidden by Church law), leaking damaging stories, and other nefarious activities that have become standard practice among the fourth estate. It also means they are quite adept in defending their own “protectors” against any impertinent questions of rectitude or competence.

I’m not at all suggesting that Pope Francis is one such protector of Tornielli and Galeazzi, but as I started reading Papa Francesco: Questa Economia Uccide [Pope Francis: This Economy Kills], I began to wonder why two Italian journalists would set out to write a book defending the economic statements of an Argentine pope against his American conservative critics. What dog do they have in this fight? Or as the pope himself would say, who are they to judge?

Finishing the book, I still had those questions and many more, but I cannot fault the authors for attempting to ride the wave of global popularity Pope Francis is enjoying. It could have been an engaging subject if it were written with any sense of objectivity, journalistic balance, or even willingness to concede that the pope’s economics critics may have a point worth taking seriously. Alas, this is not the case.

Allow me to attend to personal business first. The authors devote several pages of a chapter entitled “The Attacks against ‘the Marxist Pope’” to a monthly newsletter piece I wrote in October 2014. In “Economic Liberty’s Episcopal Discontents,” I asked why bishops such as the newly-nominated Archbishop of Chicago, Blase Cupich, and Cardinal Oscar Rodriquez Maradiaga have such a dim view of the market economy as evidenced by their public remarks at a conference on Catholicism and Libertarianism. I attributed Cupich’s nomination to what the press calls “the Francis effect,” i.e. favoring fights against poverty and human trafficking to those against abortion and homosexuality, and wondered if the cause of this effect wasn’t more secular progressive than orthodox Christian. 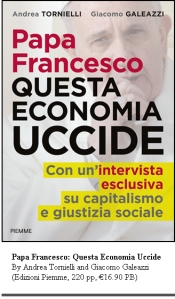 Here’s how Tornielli and Galeazzi summarize my critique: “Poor pope, poor bishops who speak of poverty and capitalism, social justice and the idolatry of money, without knowing anything about these things. They ought to study some economics and get some advice. They will then understand that they should deal only with certain issues, such as the fight against gay marriage. They shouldn’t dare shake up the system by dusting off old and obsolete concepts of Catholic social doctrine which seem imbued with socialist theories.” And they call my response to Cupich’s nomination “sarcastic.”

The rest of the chapter takes a similar approach to other criticisms without ever addressing them. Rush Limbaughcalled the pope’s economic statements “pure Marxism” on his talk-radio show with 13 million listeners; Former Republican vice-presidential candidate Sarah Palin said the pope “sounds kind of liberal”; Republican Congressman and another former vice-presidential candidate Paul Ryannoted, “The guy is from Argentina, they haven’t had real capitalism in Argentina. They have crony capitalism [una versione familistica] in Argentina. They don’t have a true free enterprise system, like in America.” Michael Novak receives longer treatment, and is allowed to hope that Francis will eventually learn the language of the capitalist economy, as John Paul II did. Cardinal Francis George uses “prudent and respectful” words but otherwise propagates the “cliché” of the South American pope and therefore weakens the pope’s message.

Tornielli and Galeazzi reduce the economic critiques coming from the American right (which apparently includes the British Economist magazine) to three: 1) a Latin American and especially an Argentine pope will reflect certain biases against free-market economics, 2) the pope is not an economist and therefore does not have the expertise to address economics per se, and 3) the pope speaks too much about the poor. On the first two, they happen to be factually correct but draw the wrong conclusion. Pope Francis is indeed from Argentina, where the normal state of affairs is collusion between the quasi-dictatorial state and large banks and corporations and has resulted in much harm to the economy. (Incidentally, it is a gross perversion of society’s most basic institution to translate crony capitalism as familistica.) If I were from Argentina, I would think the market is rigged as well. The pope himself says in an interview with the authors, “I was not speaking from a technical point of view,” when referring to an economy that kills. I do not know anyone who thinks the pope talks “too much” about the poor; it would be better to say “not enough” or “without sufficient clarity” about issues such as abortion, divorce, and homosexuality on which the Catholic Church is often the sole voice of opposition to the secular progressive agenda.

While Pope Francis may not have been speaking from a “technical point of view,” many of his statements on economics have a partisan, if not ideological, tone to them and one would be hard-pressed to say he demonstrates a well-informed view of the global economy. But then again, who ever said he needed to have particularly economic views of his own? His concern has been to draw our attention to the neglected and marginalized while also decrying the “throwaway culture” that treats people as objects to be discarded when they are not considered useful. No question Pope Francis has succeeded in this.

On one hand, the pope’s concern for the poor while criticizing wealth is an example of a typically Christian paradox. How can the poor be “blessed” if we are supposed to help them out of poverty and thereby deprive them of their “blessedness”? On the other hand, he wants the rich to share with the poor and sees inequality rather than poverty as the social problem (“the root of all social ills” – Evangelii Gaudium, n. 202). But doesn’t this create the type of paternalism and dependency on the rich and powerful that he would also find troubling from an egalitarian perspective? So why isn’t economic growth (or what he calls “trickle-down” theories) lived with a spirit of detachment preferable materially and spiritually?

I cannot say if or why the pope would disagree. The pope preached against “the globalization of indifference” at Lampedusa, where thousands of migrants have died attempting to cross the Mediterranean Sea to reach European soil, as if it were globalization itself that was the problem, rather than lack of it in developing countries. In Sardinia, the pope blamed unemployment on the “idolatry of money” rather than the lack of capital investment on the island. And in his interview with Tornielli and Galeazzi, the pope says, “I recognize that globalization has helped many people rise out of poverty but it has condemned many others to die of hunger.” All of these would seem to be statements that can be proven or disproven through empirical data.

So what exactly ails the global economy from a Catholic perspective? Tornielli and Galeazzi are particularly fond of Pope Pius XI’s 1931 encyclical Quadragesimo Annoand its denunciation of “the international imperialism of money” and finance, considering it “prophetic” in light of the 2008 financial crisis. They also wonder why people don’t mention it anymore. Well, besides sounding anti-Semitic (there were other European leaders blaming Jewish bankers for Europe’s economic woes at the time), they have misdiagnosed the state of the economy, especially on their own continent.

While the financial crisis caused by the sub-prime mortgage bubble in the United States was certainly severe, caused in part by the greed of bankers and homeowners alike, and global in its reach, today’s European economies suffer from something rather different: a sovereign debt crisis. The problems in Greece and Italy has more to do with unfunded pension liabilities and other public debts that, combined with a persistent lack of economic growth, have caused debt-to-GDP ratios to explode, making it more expensive for governments to borrow money in the future. The European welfare state is what’s in crisis, as Europe has the world’s most sluggish regional economy and a steadily declining share of the world’s economic output. And it is certainly inaccurate to speak of a market economy that kills when many people are actually dying from hunger and suffering the lack of basic necessities in the few remaining socialist economies ofVenezuela, Cuba, and North Korea, whose governments have intentionally excluded their people from the prosperity that the rest of the world has enjoyed.

This book is meant to be a defense of Catholic social teaching against its American capitalist enemies. In addition to Pius XI’s criticism of international finance, the authors reiterate Leo XIII’s submission of the right of private property to the common good and the general condemnation of the “absolute autonomy” of financial and other markets. They also cite the American “theocon” critique of Benedict XVI’s Caritas in Veritate to show us that it’s not just the Argentine pope who thinks little of democratic capitalism. In fact, they could have gone back even further and cited the pioneering development economist Peter Bauer’s 1981 critique of Pope Paul VI’s Populorum Progressio and Octogesima Adveniens, entitled “Ecclesiastical Economics: Envy Legitimized.” Apparently free-market economics and Catholic social teaching have never been on good terms.

Having worked at the Pontifical Council for Justice and Peace during the writing of itsCompendium of the Social Doctrine of the Church, I am well aware of the difficulties of presenting Catholic social teaching in a way that is both faithful to the Church’s evangelical mission and relevant to today’s world. Merely listing the principles of Catholic social teaching without venturing any kind of application to current realities is surely not enough, but neither have bishops or clergy in general shown themselves capable of exercising sound prudential judgement on socio-economic matters. This is why the bishops and clergy should let the Catholic laity develop applications of the principles in light of the various contingencies and circumstances that naturally exist. In fact, Tornielli and Galeazzi do just this when they interview Italian Catholic economists Ettore Gotti Tedeschi and Stefano Zamagni, each of whom has his legitimately diverse way of thinking about economics, and Argentine priest Carlos Olivero who ministers to the poor in the slums of Buenos Aires. This is what an economist would call a beneficial division of labor within the Church, with faith and science working together for the common good. I don’t know why they didn’t attempt to speak to any of the critics they name in the book, but they should have.

The title of this review, “Economic Manicheanism at the Vatican,” is meant to highlight the deeply polemical and moralistic tone of the book. Heretical Manicheans in the third and fourth centuries A.D. saw good and evil as competing, co-equal forces in the world, rather than evil as the lack of or rejection of the good that comes from the Creator. It is unfortunate that a defense of Catholic social teaching and Pope Francis is so single-mindedly aimed at many who consider themselves faithful Catholics without seeking to engage in a constructive dialogue, especially when dialogue seems to be in such good favor with the pope himself. It is sadder still when we accept the moral obligation to help the poor in ways respectful of their human dignity and, every now and then, through experimentation, ingenuity, hard work and good luck, have found effective means to do so. Many Italians the world over know this from personal experience and common sense; Tornielli and Galeazzi do not. 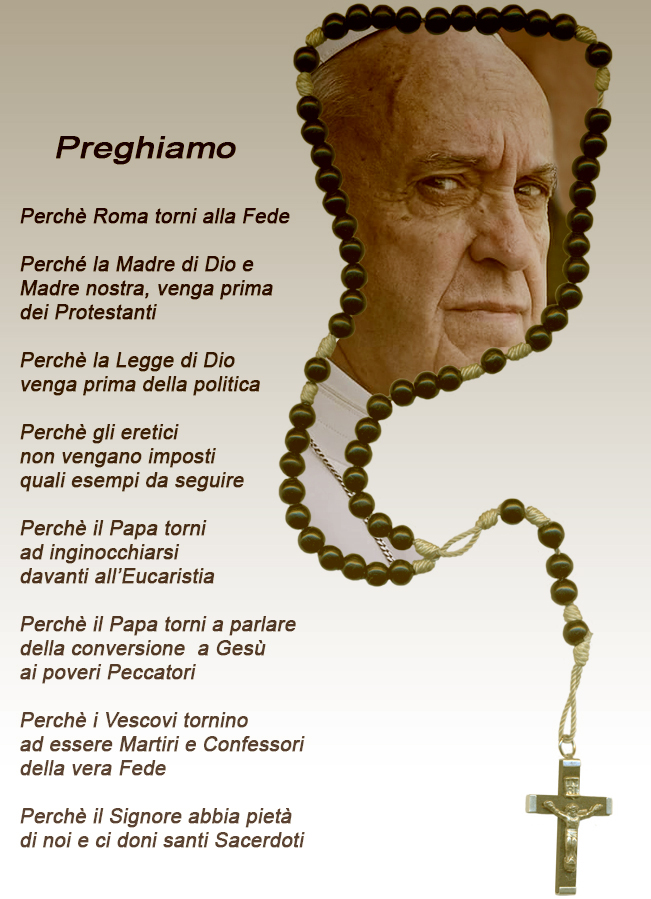 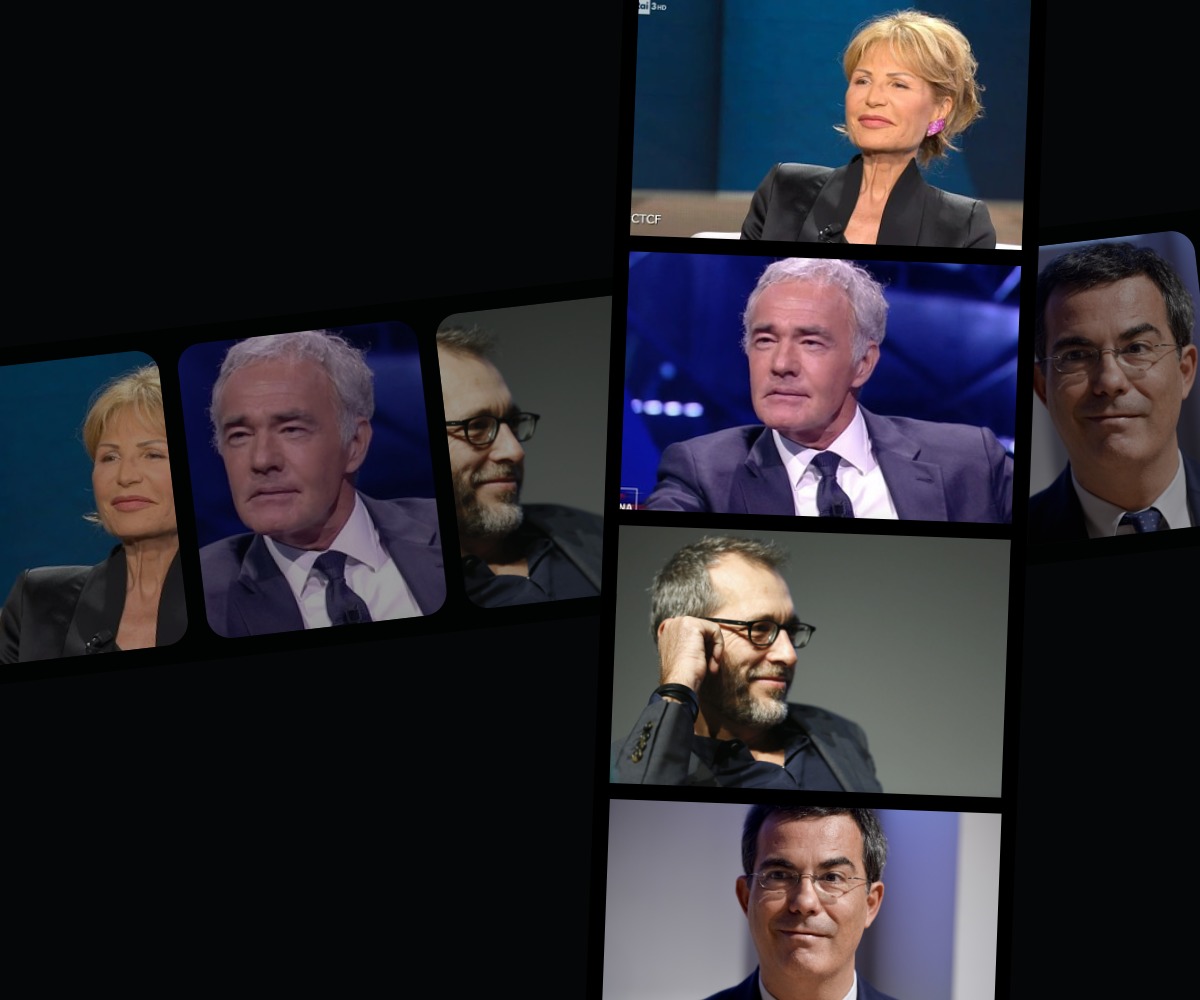 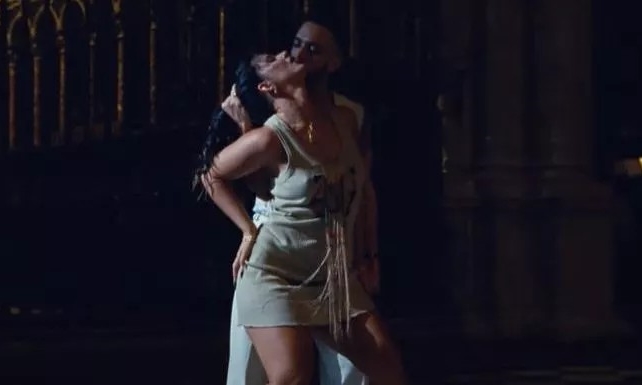 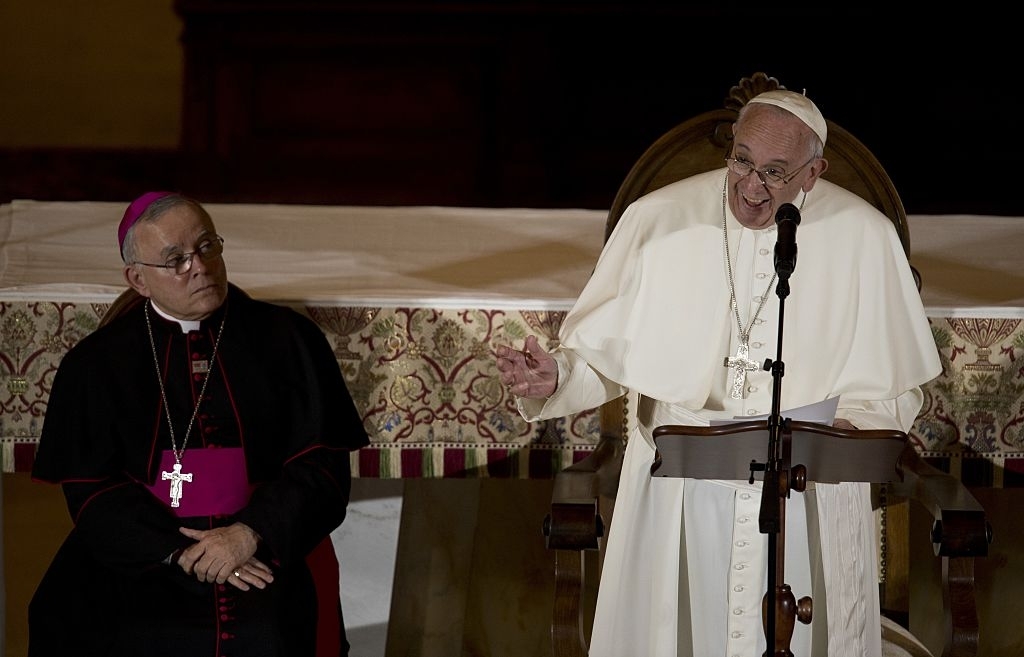 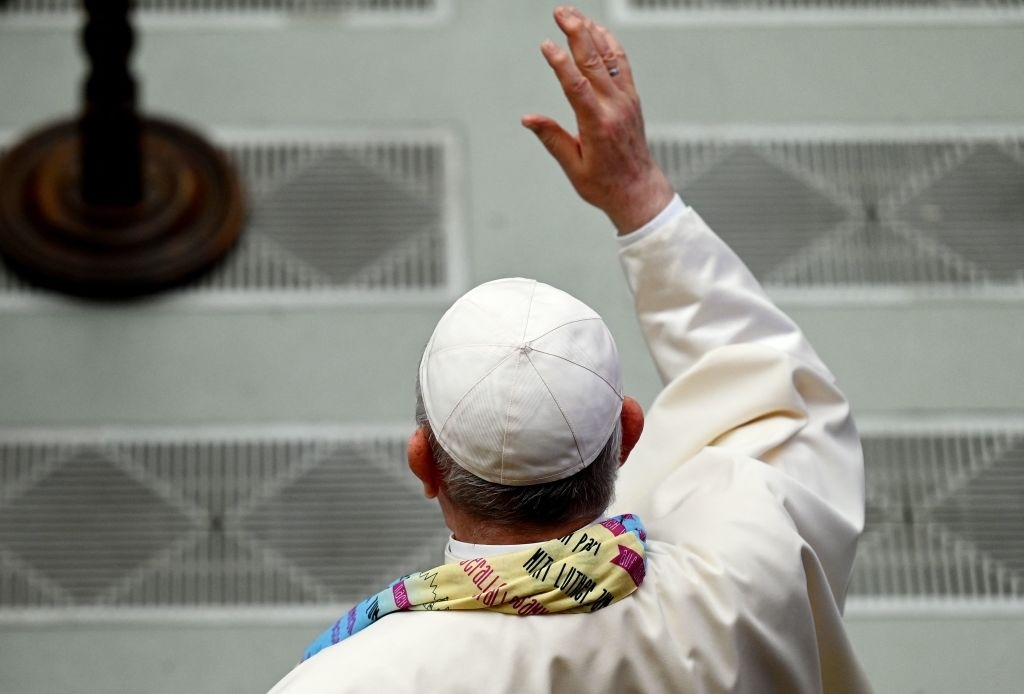 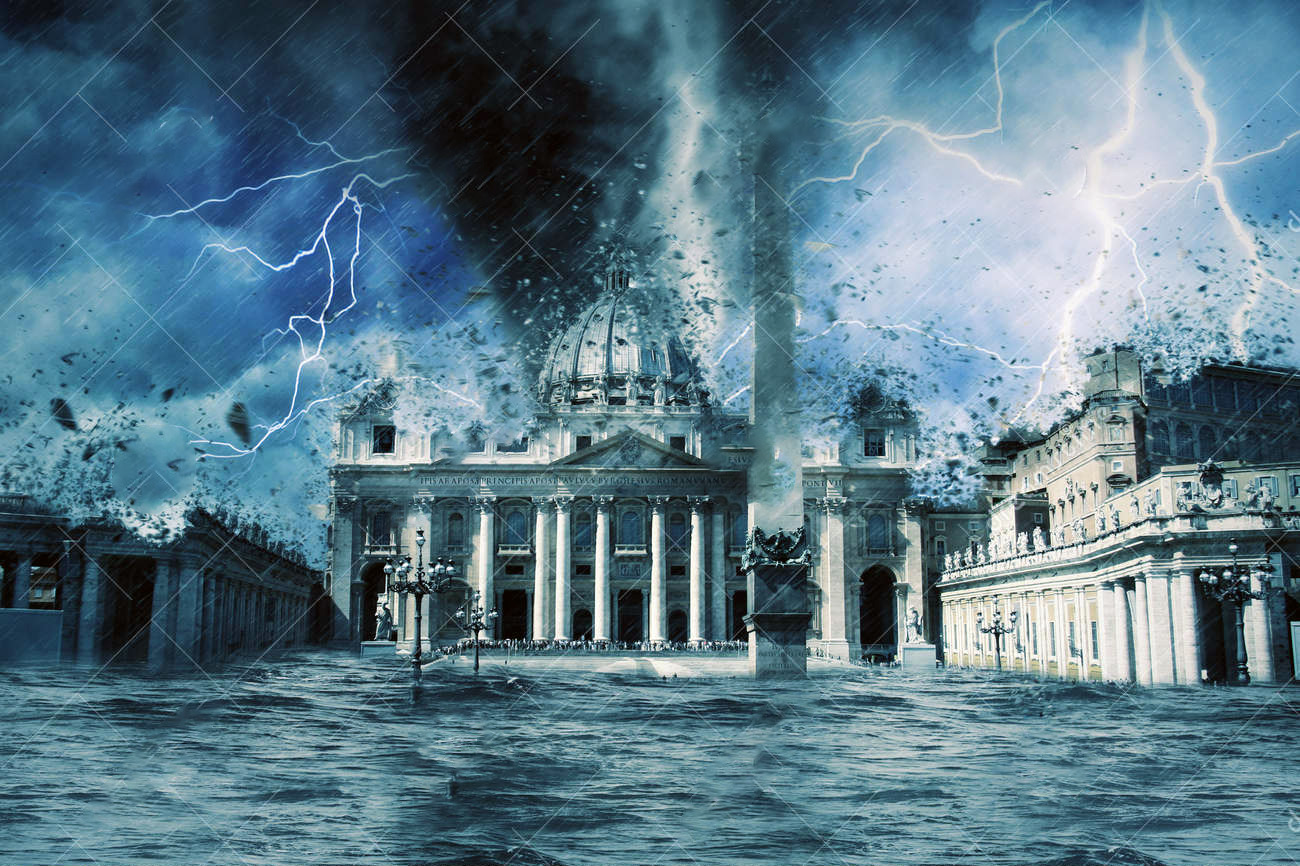